A brief introduction on how the brain is far from the only place where computation happens in biology. Experiments with regenerative flatworms show that memories persist even when their heads are removed and grow back. Butterflies can remember experiences they had when they were caterpillars. 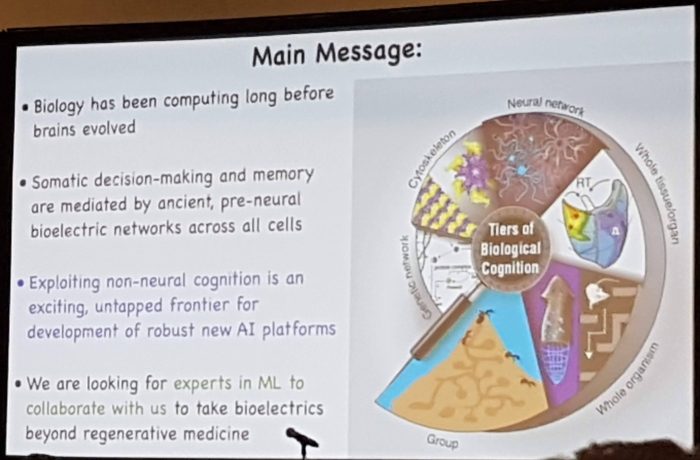 Then the key bit of the talk: reverse engineering bioelectric signals to trigger high-level anatomical subroutines – aka “reprogramming organs”. For example, telling a normal frog to “regrow a leg”, or convincing a flatworm to grow a different shape head that belongs to a much older species of flatworm. No genomic editing or stem cells – but controlling bioelectric signals by changing ion channels directly or through drugs. 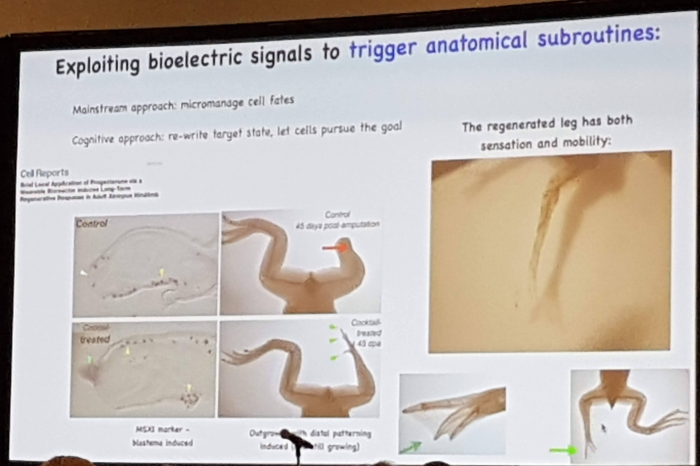 The ultimate goal: a biological compiler. This could lead to amazing new regenerative medicine, though there are clearly a lot of ethical issues that need to be thought through!

Do watch the full talk when you get a chance. It’s the only talk I ever remember attending where my jaw literally dropped, several times.

At school I had a physics teacher who was extremely pedantic. Nothing would upset him more than if you used the wrong term to refer to something. Even small mistakes most people wouldn’t pick up on would incense him.

I didn’t really get why, and in fact we would take great pleasure in saying the wrong thing so we could watch his face turn red as he shouted “Gravity is not a force! It’s an ACCELERATION!”

But one of the distinctions he made has stuck with me. One that has turned out to be useful in many things in life, and not just physics. And that’s the distinction between accuracy and precision. While some people use these almost interchangeably, they have very different technical definitions.

Both apply to problems of measurement. In measuring things, we rarely have perfect tools, and most measurements will have some degree of error in them. Accuracy and precision are words we use to talk about different aspects of those degrees of error.

Accuracy is how close our measurement is to the real value we’re trying to measure.

Precision is about the level of detail in our measurement.

It’s not immediately clear why these are different concepts, because in many cases they have the same magnitude. For example, measuring length with a ruler will let you read off an answer to the nearest 1mm (precision), which will probably be within 1mm of the real length (accuracy).

But this isn’t always the case. A watch might show the time to the nearest second (precision), but if you haven’t set it properly it could be out by a few minutes (accuracy).

It gets worse. When we start dealing with estimates and predictions in the presence of noise, these numbers can be much further off.

For example, this article in the Telegraph claims that socialising increases our happiness by 6.38%. Yes, it might be true for the set of data points collected on the sample of people surveyed. But the decimal places hardly seem relevant, as the ‘real value’ (if there even is such a thing in this case) probably can’t be measured that accurately in a single study.

What’s happening in the Telegraph article, and in other places, is that by giving results to a high degree of precision, they create the illusion of accuracy and confidence in the results.

It’s not particularly damaging here, as there probably aren’t many people basing their actions on the results of that article. But what about more significant areas?

There’s nothing wrong with predictions or estimates, but giving precise estimates and not stating the variance or the level of confidence can be misleading.

If you’re making a decision based on data, don’t mistake precision for accuracy. If in doubt, ask questions:

The last question will force them to be open about the accuracy of their data, and should allow you to decide how much weight to place on it. Sometimes it can even be best to just ignore the number completely and focus on more important things for your decision!

Thanks for reading! If you’ve found this article useful I’d really appreciate it if you could share or recommend it so other people can find it too. Follow me for more of the same, or check out some of my other articles.